To educate the community on environmental, social, and physical inequities and challenges that the Black communities have to deal with, and what can be done to empower the Black community to help them navigate through the understanding of legislation and policy on a micro/ macro level. 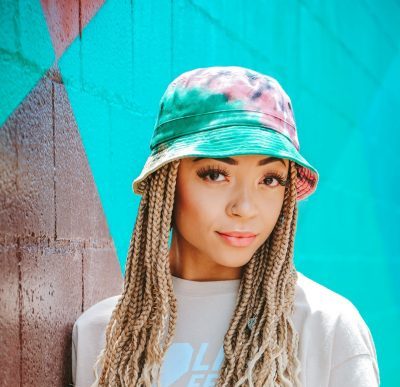 Danni Golden is a Singer/Songwriter and Communication Specialist based in Albuquerque, NM. Though born in Omaha Nebraska, she claims New Mexico as her home. The oldest of 5 children, Her presence on this earth has always demanded the spotlight, as she began singing at the young age of two. She honed her skills as a contemporary dancer at PAPA here in Abq, while also never letting up on her gift of song.

The young performer later integrated heavily into the music scene when she linked up with fellow artist and entrepreneur, (and life partner), MscottLovesLife to form the creative company, BTTRSNC (better since). Prior to that, Danni served as the Director of Operations for The GREAT Academy Foundation, where she was responsible for developing and implementing Service Learning, and College Readiness programs.

She left the Foundation in 2018 to pursue a career closer to her passion – music, and landed at Vanguard Media where she became the Operations Manager and Morning Show host. Danni Golden also has a hand in Canna-culture as part owner of LoudCloud Magazine. Though this Jill of all trades has been attacking all areas of creativity, as of late, she has been full steam in developing her music, while using her voice, powerful conversation skills, and business connections to uplift her community.

A self-proclaimed “hippie”, she enjoys listening to podcasts, spending time with her 9 year old daughter, Jada and her Partner Marcus, and getting out into nature. 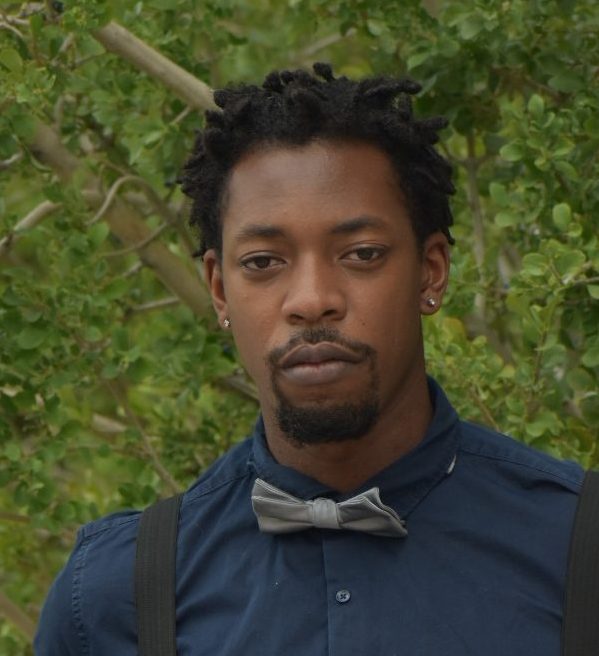 Devon Williams is a Social and Community Outreach Coordinator with the State Office of African American Affairs. In this role, Devon looks conducts community outreach for all aspects of the African American community in New Mexico, including collaboration with community stakeholders, programs and initiatives, and policy and advocacy. 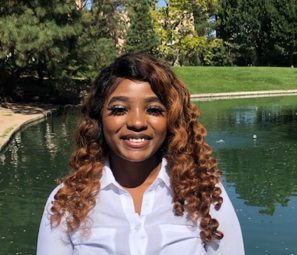 Reagan M. Ruffin is the Voiceover Specialist for the Reeducated Podcast with the New Mexico Office of African American Affairs in Albuquerque, NM. She is from Dallas, Texas, and a sophomore at the University of New Mexico.

Reagan is majoring in Business Administration with a concentration in Financial Management, currently serving as the Vice President of the Black Student Union and a member of the ASUNM Community Experience, World Affairs Delegation, and UNM Delight. Aside from on-campus involvement, Reagan enjoys volunteering in the community and empowering the youth.

She is an AmeriCorps member and has served as an Academic Coach for the past two summers with the Kids-U summer program. She plans to continue working with non-profits to support marginalized communities focusing on youth engagement and education. 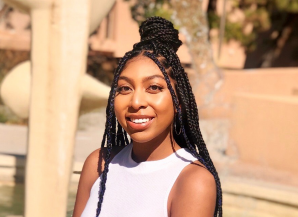 My name is Brianna Edey, I am from Seattle, Washington, and I am a junior at the University of New Mexico majoring in Speech & Hearing Sciences with a minor is psychology.

At the University of New Mexico, I am a peer mentor for African American Student Services, I am the president of the Black Student Union, as well as president for the Nu Tau chapter of Zeta Phi Beta Sorority, Inc. This Fall, I am elated to be part of the Office of African American Affairs’ (OAAA) Re-Educated podcasts project.

I am a fan of podcasts, and I look forward to facilitating and learning more from this experience as writer and editor. I must give a huge thank you to OAAA for this opportunity. I am excited to work with all of you, and to see what this experience brings in the future.

The glow is your opportunity to show what you have done to empower the Black community!

Submit your glow for an opportunity to be highlighted on the podcast!