was enacted by the 44th New Mexico State Legislature in 1999 under House Bill 909 and an executive advisory committee was established by Executive Order under the administration of Governor Gary Johnson. Although the official operation of OAAA started with State Legislation, the hearts of OAAA lies with the many New Mexico residents statewide who felt that there was a need to address issues specific to the African American community.

The impetus for the movement that lead to the creation of OAAA was designed by community leaders who focused on the need to improve and promote the economic development, education, health and political well-being of the African-American community throughout New Mexico. Through efforts that included advocacy, information sharing, cultural awareness, community networking, and influencing legislation, this group of dedicated citizens went to work on establishing a venue that would allow for the support of African Americans throughout New Mexico.

Alice Faye Hoppes initiated the request to have the Office of African American Affairs. Hoppes, at the time President of the NAACP (National Association for the Advancement of Colored People), led the community’s action to have the need for the office recognized by the State’s political entities.

The approach African American leadership took in 1997, was to recommend a Memorial Legislation to the Legislature, asking them to assign the Department of Cultural Affairs to do a statewide study on the needs of African Americans. The results of that study, completed in 1998, revealed that there were three essential areas of need to be addressed in the African-American community – young people and children, affordable housing and unemployment, and the high disproportional numbers of African Americans in the prison system.

A bill was introduced in the House and the Senate for the creation of the Office of African American Affairs. in the House and Senator Manny Aragon sponsored it in the Senate, with appropriations, but the governor vetoed it three times. According to Representative Sheryl Williams Stapleton, who supported the bill, during the first African American Day at the Legislature, Hoppes, who co- this day, shared with lawmakers, “Only by illuminating the history of African Americans can we eradicate the myths and distortions responsible for problems in communications that still exist”.
With the support of Representatives Stapleton and Eddie Corley Jr., Hoppes and some 15 individual leaders from around the state the language for the bill was crafted and submitted to be passed for the creation of the New Mexico Office of African American Affairs. African American day at the Legislature was strategically used to mark the beginning of an action plan to meet with Legislators and over 100 African Americans from around the state convened at the Round House to show community support.
Soon after, Governor Gary Johnson signed legislation, which included a $100,000 appropriation for the office. None of the funds associated with the Bill were designated for salaries. On April 5, 1999 with the signing of House Bill 909, the creation of the New Mexico Office of African American Affairs was made official.

The chief of staff assigned one full-time position, Sylvester ‘Butch’ Brown, who was on loan from the Children Youth and Families Department, as Director, along with one half-time position, Doris Fields, who was on loan through the Department of Health, as Deputy Director. The newly formed Office of African American Affairs also received aide from an office assistant provided through the DHS Welfare to work and a Kelly Temporary Services contract.

Although Brown didn’t play a major role in the initiation of the Office, he helped to create the foundation for the services would be responsible for providing. In describing his initial experiences, Brown says, “I felt that the Office was set up to fail because initially there were not adequate resources to effectively carry out the charge of House Bill 909. But I thought ‘Not on my watch,’ so I he went outside of the resources provided to get necessary provisions so the office could show success in the agencies beginning years of service”.

Some accomplishments during Brown’s two-year tenure are the implementation of eight Black town hall meetings throughout the state and the New Mexico Renaissance, a cabaret performance highlighting the contribution of African Americans in arts and sciences. When Governor Bill Richardson took office in 2002, Brown was replaced as Director, and returned to his duties at the Children Youth and Families Department. Under Richardson’s administration, the position of Director allocated funding and a position appointed by a Governor.
In 2002, Governor Richardson appointed Alice Faye Kent Hoppes as Director of the Office of African American Affairs. When Hoppes took over the Office, the budget was $250,000 and Hoppes was well aware that the plans for services the office would provide required far more resources. She was able to increase the budget of the office through her ability to create support from other agencies within the State. According to many, she was very good at making the right connections to extend the reach of the office for beyond its allocated resources. Hoppes’ major focus was for issues relating to children, families, and strengthening African-American communities.
Although Hoppes did not live to see the outcomes of her efforts, she dared to dream beyond what could be seen and she set the stage for others to follow the work she had begun. Because of her civil rights service to the state she was honored with her body to lie in state in the Capitol Rotunda for the public at large to pay their respects, an honor that is normally reserved for elected official of the State of New Mexico. Doris Fields was appointed as Interim Director to replace Alice Hoppes. Fields performed a very essential task of maintaining the OAAA’s stability until Dr. Harold Bailey was appointed by New Mexico Governor Bill Richardson in 2004. Bailey came into the office with the intent to build upon the foundation of the office. He focused on broadening the outreach of services and program contracts. Dr. Bailey pointed to the fact that he was surrounded by exceptional workers during his administration, who worked with him to expand the successes that had preceded him. During his tenure the Statewide Focus Magazine was created, Meet the Buyers workshops were facilitated, a radio show focusing on Black issues was aired (NM Voices), reports on education, inmate poems and child welfare were published and the ideas of the Buffalo Soldier and Tuskegee Airman Monuments were started, and the implemented of the New Mexico Black Expo and African American Awards Banquet were developed.

Dr. Bailey states, “I think that we did a lot, but I had more time than everyone else.” It’s a collection of good people who are just committed to making sure that the Black experience in New Mexico is carried forward.” Dr. Bailey identified Representatives Sheryl Williams Stapleton and Kiki Saavedra, along with the early efforts of Representative Eddie Corley, Jr., as champions for making sure the agency continued to receive appropriations which reached $By the time Dr. Bailey retired, the budget allocated for the ffice of African American Affairs was nearly $695,000 by 2012. Bailey grew the agency to five full time staff.

In February 2012, Gov. Susana Martinez appointed Yvette Kaufman-Bell as Director of the Office of African American Affairs. Kaufman-Bell shared, “My number one goal was to make sure to carry forward the successful strategies of the Directors who came before me and to make sure that we are maximizing the capacity of services and programs provided by the Office.”

In September 2012 Kaufman-Bell organized a New Mexico African American Leadership Summit which was made possible due to the overwhelming participation of 120 leaders from eight counties, three state departments, and 15 funding partners. According to Kaufman-Bell, “I wanted our communities to see a 142 report generated for me to show the state of African American’s in New Mexico, county by county, which gives an idea of how we far when measured to other communities of color dealing with some of the same disparities.” Since then policy briefs, 7 county reports, a Black Child Wellness report and a “State of Black New Mexico” data hub focusing on the economic, health and educational status of Blacks were published to inform community leaders, local and state government on policy recommendations and issues of immediate concern.
Kaufman-Bell and her staff have worked with four advisory teams, created as a result of the 2012 Statewide Leadership Summit. The four teams focus on implementing recommendations made by summit participants, help the agency extend work around the state, insure connections and collaborations and resources that improve the quality of life for Blacks in the areas of healthcare advocacy, economic empowerment and education advancement. Each volunteer team serve and work very hard to develop programmatic and partnership initiatives across the state.

“Along with OAAA staff the advisory teams have taken an in-depth look at the school to prison pipeline, restorative justice, student success, campus climate at state universities, Black history in common core standards for 9th through 12th grades, FAFSA and funding for higher education, mentorship for middle and high school students and literacy/STEM/STEAM summer enrichment in six community centers in low-income communities. OAAA worked with PBS to insure African American history lesson plans for teachers were implemented in over 79 social studies classrooms around the state, worked to develop an ongoing interactive partnership with black owned businesses and professionals throughout the state to offer resources which promote visibility and development of funding, training and networking opportunities, facilitated home ownership, business development and financial wealth transfer workshops and resource sessions, worked to develop over 20 health partnerships with organizations and departments to address diabetes, obesity, preventative healthcare, mental health, social determinates of health and health professions, develop an Affordable Care Act informational DVD, and facilitated trainings and health fairs through-out the state. With the help of Representative Jane Powdrell-Culbert and Senator Gay Kernon, House Bill 112 was amended to insure data desegregated in New Mexico’s public school system reflected the federal standards, which includes African American and children in low income households. Senator Jerry Ortiz y Pino and the Legislative Health and Human Services committee assisted the agency in the passing of Senate Bill 69 was passed to focus on the maternal health of Black mothers.”

Some other major projects the agency partnered with community stakeholders to accomplish during Kaufman-Bell’s tenure were 3 County Black Expo’s, 15 County Town Halls, the 90 Day Community Health and Well Being Challenge, Statewide African American Women’s Summits, the completion of the Tuskegee Airman Monument and dedication, Heart Gallery Dedication (spotlighting African American children in the foster care system), building upon the New Mexico Black Expo to increase participation, visibility of the African/African American culture, and resources for the community. Under Kaufman-Bell’s administration the legislative appropriation for the agency increased in 2015 to $809,100 and expanded to seven full time staff.
African Americans in the state of New Mexico have benefited greatly from the creation of the OAAA. The agency is an invaluable resource that works to diminish disparity in health, economics and education in partnerships with supports, collaborates, while celebrating African American history and legacy in the state. The services and programs provided through OAAA have served to strengthen the quality of life for African American families. It has been through the quality leadership of the agency that each administration has been able to move closer to the original goal for its creation which lies within the vision: To study, identify, and provide solutions to issues of concern relevant to the African American community. 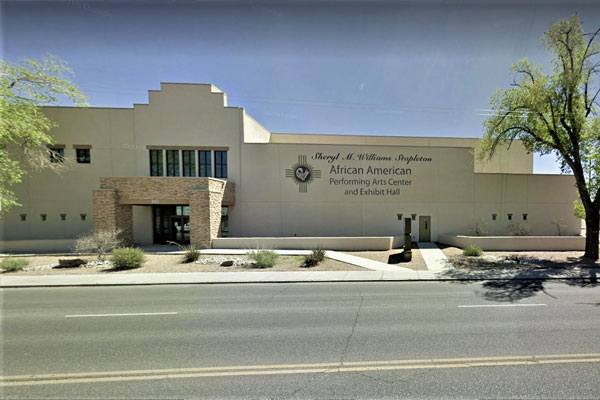 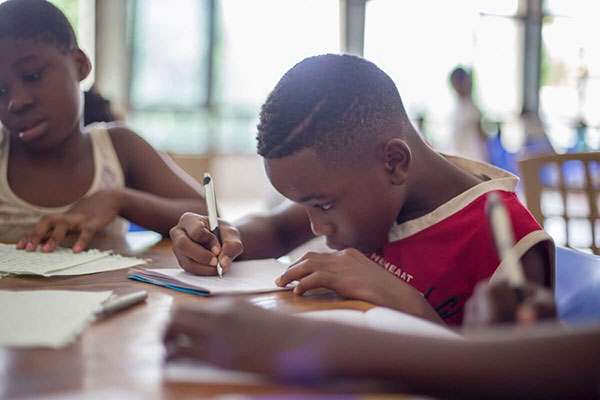 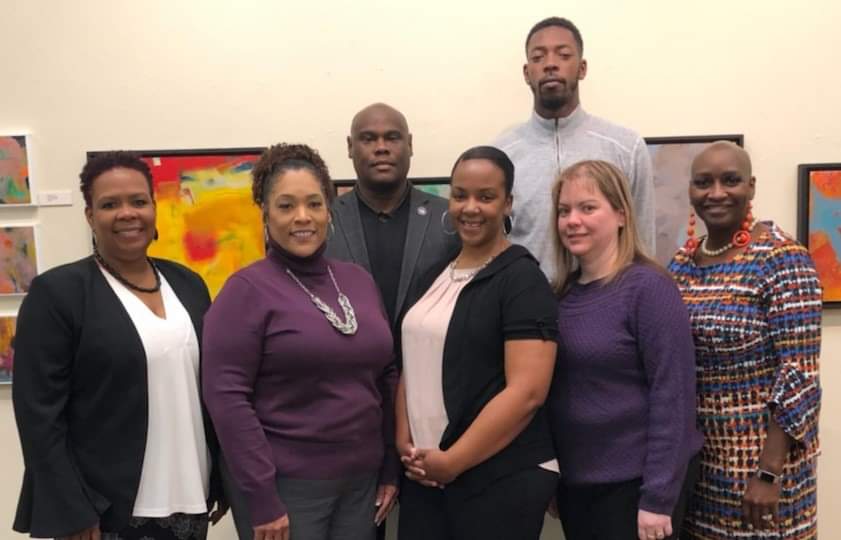 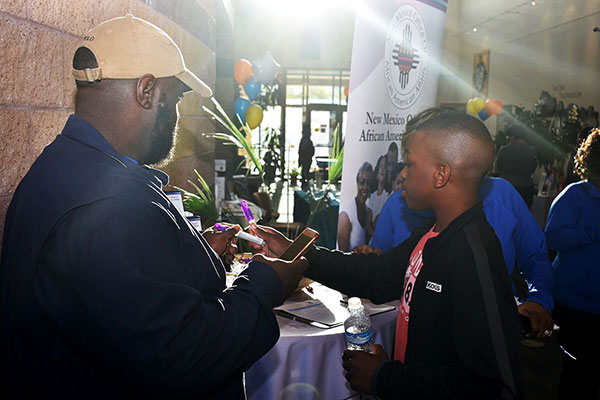